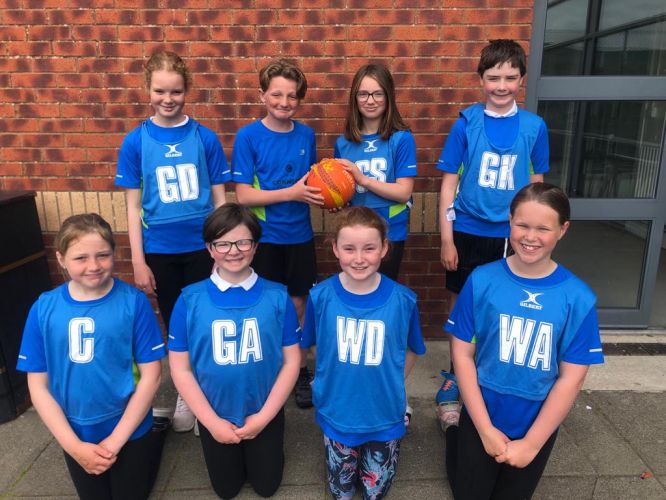 Peel Clothworkers’ entered a netball team into the Western Netball Tournament at QEII High School on Wednesday 22nd June. A total of 7 teams entered the competition and we are delighted to announce that our team came 2nd place allowing us to qualify for the National Finals.

Well done to the netball team who have been showing lots of commitment and dedication by attending training sessions before school over the last few months.

The Final will be held at Bemahague School on Tuesday 28th June between 3-5.